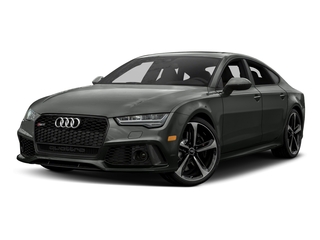 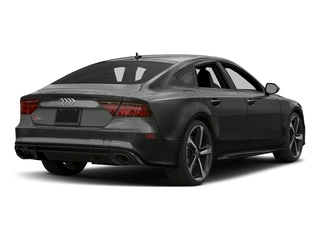 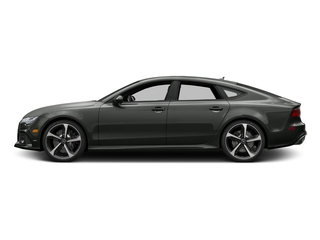 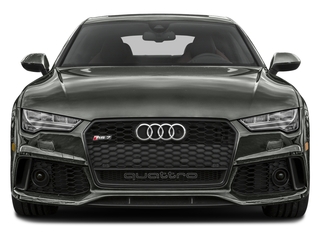 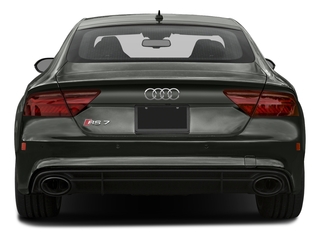 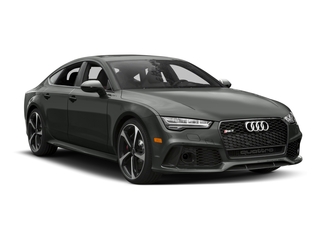 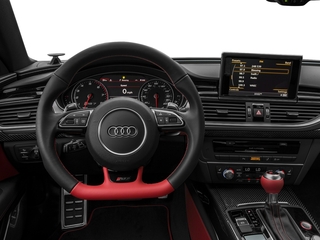 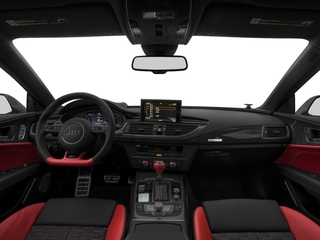 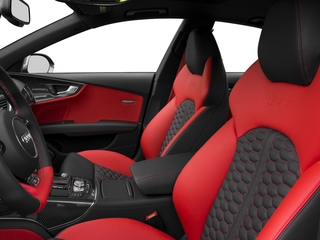 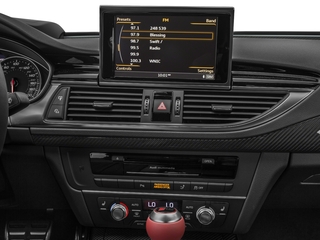 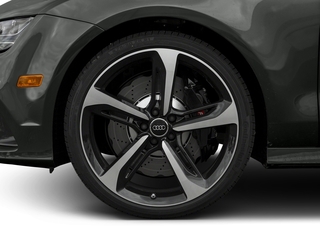 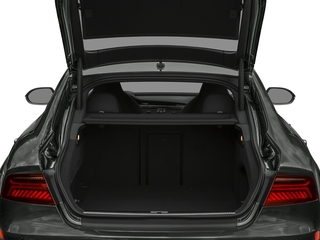 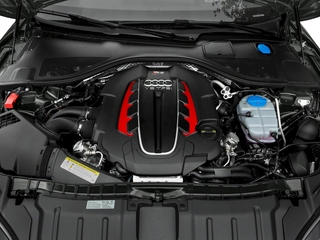 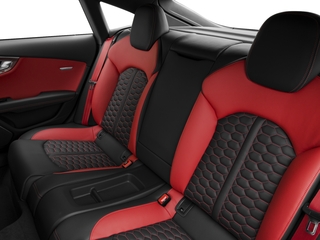 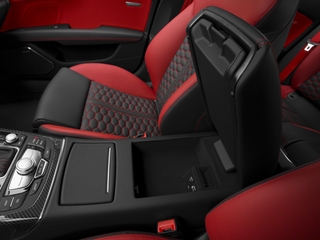 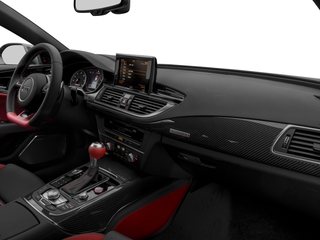 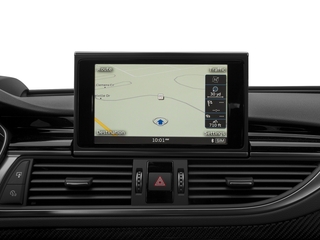 From a design standpoint, the Audi A7 is a standout in the market; while competitors such as the BMW 5-Series GranTurismo come close, the A7 is the least "SUV" in this segment. Inside, the A7 is a paragon of great design, as its cabin feels lush and detailed without being functionally complex. Even so, the A7 is very roomy, with enough space for adults in back.<p><p>Technologically, the A7 is also near the head of its class. The Google Earth mapping with live updates feel a full generation ahead of the systems in many rival models; and the MMI touch system -- which brings a fingertip touch pad that allows data entry without looking away from the road or focusing on a screen-based pointer -- is also revolutionary.

TRANSMISSION
8-Speed A/T Transmission w/Dual Shift Mode
ENGINE
Engine: 4.0 TFSI 8 Cylinder 560 HP
FUEL ECONOMY
15 CTY/25 HWY
For 2017, the Audi A7 is offered in two models: 3.0T, which features a direct-injection, supercharged V6 with 333 horsepower and 325 pound-feet of torque; and 3.0 TDI, which features a turbo direct-injection "clean-diesel" V6. That unit produces 240 horsepower and 428 pound-feet of torque. Power is put to the ground through an 8-speed automatic transmission with Tiptronic manual controls, for those who'd rather shift gears themselves. It responds well, giving decisive downshifts in fast driving, or smooth, well-masked upshifts in gentle driving. Fuel economy ratings for the A7 3.0T are estimated at 20 mpg city, 30 highway, while the A7 3.0 TDI returns an estimated 25 mpg city and 38 mpg highway.

Both A7 models include the latest, performance-oriented version of Audi's quattro all-wheel-drive system, which during normal driving sends about 60 percent of engine torque to the rear wheels but can send more to whichever wheels can best use the traction. The system even aids stable handling near the limit on curvy roads by employing the stability control system and judiciously applying the brakes to one or more wheels. It's enjoyable to hustle down curvy roads, thanks to a variable-boost electromechanical steering system plus a 5-link front suspension and trapezoidal-link rear suspension that rides somewhat firmly but is just compliant enough for comfort on choppy urban streets.

The beautiful cabin is one of the most stylish on the market. Occupants get firm, supportive seats and a 3-place back seat that's usable even by taller adults, thanks to a carved out area of the headliner allowing just a couple inches of extra head space. The rear hatch also allows more space than a trunk would -- 24.5 cubic feet -- even with the rear seats up in place. Those back seats do fold down when needed, and there's a large trunk pass-through for skis and other longer items.

Inside, the A7 is a luxury car in every detail. There are two different leather upholsteries (Milano or Valcona) offered, both soft and rich. Ash wood veneers are included, or dark brown walnut and brushed aluminum trims are optional, all with chromed bezels and aluminum-like accents, providing some combinations that look stunning either in light or dark themes.

The A7 also includes 3D Google Earth mapping for the navigation system, which allows drivers to see topography and terrain in addition to the tops of trees and rooftops of buildings. Other standout navigation features include Google Voice Local Search that will listen to keywords and return potential local destinations. Audi Connect allows the A7 to become a wireless hot spot, which is capable of connecting up to eight WiFi-enabled devices to the Internet.

Wrapping it all together is Audi's touch-screen-based MMI (Multi-Media Interface), which includes a rotary button/knob as well as hot buttons for some commonly accessed functions. There's also one Audi exclusive: a scratch pad (called MMI touch) that allows the user to draw out letters to quickly enter navigation destinations or other inputs.

Among the top options offered on the A7 are a 14-speaker Bose sound system or, for audiophiles who want the best, a Bang & Olufsen Advanced Sound system with 15 speakers and 1,300 watts of amplifier power.

A high-performance version -- the S7 -- includes the same level of luxury and refinement present in the A7 but with a 4.0L twin-turbo V8 producing 450 horsepower and 406 pound-feet of torque. It comes connected to a 7-speed S tronic automatic transmission. Adaptive air suspension, 19-inch wheels, and a 630-watt Bose surround stereo are all included as well, and the S7 offers seating for four.

Rounding out the family is the RS7. It goes several steps further than the S7 by offering 560 horsepower and 516 pound-feet of torque from the 4.0L V8, with 0 to 60 mph coming in just 3.7 seconds on the way to a top speed of 174 mph. The RS7 utilizes an 8-speed Tiptronic transmission and is equipped with specially tuned adaptive air suspension and dynamic electromechanical power steering. New for 2017 is the RS7 Performance trim. Making 605 hp and 553 pound-feet of torque, the RS7 Performance has enough power to reach a claimed top speed of 190 mph!;